While the supply of new homes remains critically low there are hopes that prices may level off in the Mid West capital
New homes are in extremely short supply in Limerick city but some local auctioneers say the supply of second-hand properties has been showing signs of improvement in recent weeks.

“We listed 26 houses in the last week and a half which is more than we have seen in quite some time. These included everything from a derelict cottage for €65,000 to a house on the South Circular Road for €775,00,” says Declan Barry of O’Connor Murphy auctioneers.

He believes that up until now people were holding off putting their properties on the market because of concerns about Covid but, with the easing of restrictions, are now becoming more relaxed.

He expects this to help prices in the city — which he says have risen by 10% this year — to level out. An increase in the supply of second-hand houses will, he believes, help bring an end to the type of panic buying which was happening earlier in the year.

Although the second-hand market shows signs of improving, he says there is still a chronic shortage of new homes and of second-hand properties suitable for first-time buyers.

Ailbhe O’Malley of Sherry FitzGerald Limerick has also noticed an increase in the supply of second-hand homes recently. “People are more confident about putting their homes up for sale and the market is beginning to feel more normal,” she observes.

She says the supply of second-hand properties hit an all-time low during the first five months of the year at a time when demand surged as a result of an influx of buyers returning from living abroad and in Dublin.

The influx of returning locals has continued throughout the year and Ms O’Malley estimates that they now make up 50% of buyers of higher-priced properties.

All new homes released in the city during the year, except for the ones at the top end of the market – tended to sell out quickly.
All 46 houses at The Edge, Castletroy released by Sherry FitzGerald Limerick, priced between €300,000 and €480,000, sold speedily during the summer. “The 14 properties we launched at Mungret Gate priced from €190,000 to €320,000 were gone in a week,” reveals auctioneer Sinead McMullen, adding that new releases are planned for both developments in early 2022.

The 25 three and four-bed semis at Newtown Manor in Castletroy released by GVM auctioneers this year with ranging prices from €345,000 to €420,000 also sold quickly. A new release at Newton Meadows is planned for mid-2022.

In a 53-house development at Ros Mor on Ballyneety Road, Rooney auctioneers have now sold all available 14 properties. 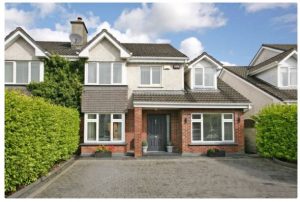 The owners of 54 Cragaun, Father Russell Road in Dooradoyle have put a huge amount of effort into upgrading and redecorating their three/four bed semi-detached home.
“It’s stylish and contemporary as well as very spacious with a converted attic in addition to a garage conversion,” says Declan Barry of O’Connor Murphy auctioneers, explaining that the owners sacrificed an upstairs bedroom to create a walk-in wardrobe and put in a ground floor playroom that could be a fourth bedroom.

Seeking offers of €325,000 Mr Barry says it’s a wonderful trade-up property which could appeal to doctors working in nearby hospitals.

VERDICT: The type of spacious, modern comfortable home that trade-up buyers look for.